Not long before we (me, adam and chaz) built the jump I had heard that stony hills was located in Otatara just out of Invercargill, where I live...I wish!  It was said to cover up where is really is but we decided that seeing as where we built the jump was in a hilly region (old sand dunes) and it was in Otatara we would it would suit the name Sandy Hills instead of Stony Hills.

Sands pretty nice to fall on so is a sweet jump to do tricks on and no pedaling required which is rare at jumps around Invercargill.

Carrying the pre-built ramp in was a mammoth effort!  The hill was so steep and the thing weighed a ton! 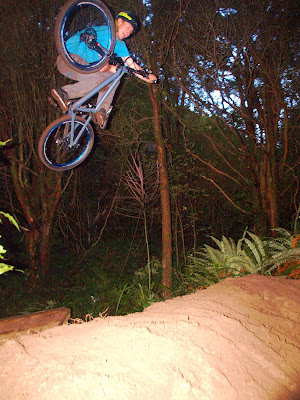 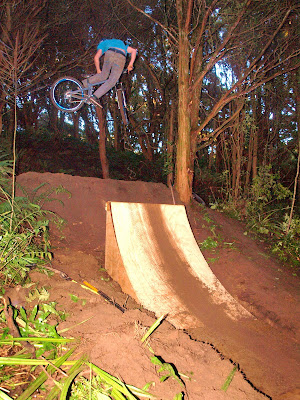 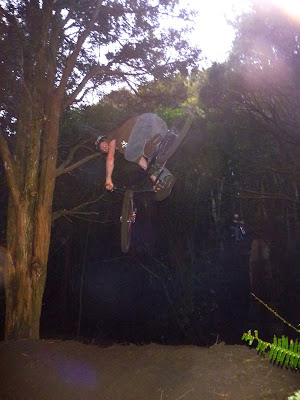 It gets dark alot earlier than my jumps behind the house so one night we decided we'd see if could get a sesh in on my jumps after leaving Sandy Hills.
We ended up riding in car lights in almost complete darkness.  It was a sweet sesh until i decided to end it by crashing.

Posted by Conor Macfarlane at 6:39 PM