I'm the most uncreative person when it comes to most things, like the name of the trail.  None of us have had any good ideas of what to call it.  I may be uncreative when it comes to naming things but when I build I feel like I get creative.  I love dirt jumps but to me they're just to common and you can go anywhere and ride some, so I tried to build this trail as more of a trail instead of trails if you get me.

It all started when I was asked by Pieter Reichwein if there was anywhere that he could film me in Dunners when the Oceania MTB champs were on.  There wasn't really so I build a quick stepdown to hipped drop  in a day or two.  After I had filmed on that I showed Cam Dunn the area and we decided to build a trick stepup and it just got out of control from there. 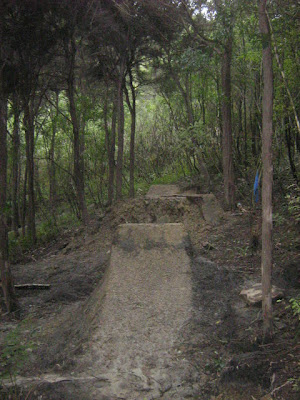 Not the best photos and was rather wet when I took them but this is the 2nd feature a nice solid 20 footer, yes it is a dj but whats in between the 'regular hits' is what makes it different. 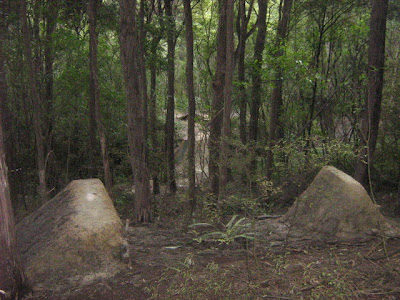 Yes another dj but again its not just dj after dj.  The next feature is one of the best feeling jumps I've ever hit, along with Dream Track, but it depends what line you take out of it... 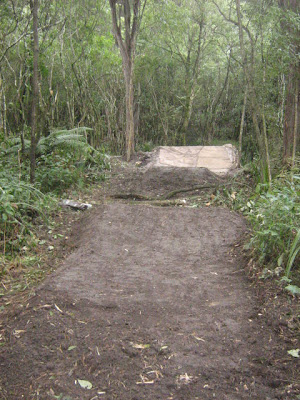 Further on down the trail is this landing to a speed jump into a big stepdown, I'm pretty excited to see what can be thrown down on it. 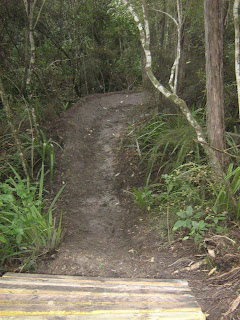 Theres a few wooden features on the trail but this is all I'll show you, this one is abit different and as far as I'm aware theres nothing like it in NZ.

I couldn't have done all this by myself so big thanks to all the guys for helping especially Cam Dunn.  We're just starting to ride it and dial it in but next winter there will be lots of new lines getting built.  Watch out for more Photos of this place in the future as well as videos.
Posted by Conor Macfarlane at 5:05 PM