While I was staying in Morzine Tom Richards and I went out and filmed this, good times all round!

Big Bikes, Big Tricks and Bikeparks on Pinkbike
Posted by Conor Macfarlane at 10:01 PM No comments:

For more updates on what I'm up to head over to https://www.facebook.com/cmac26

Posted by Conor Macfarlane at 2:29 AM No comments:

Back sometime in summer Stefan Haworth and I got up very early and hiked/ rode up Ben Lomond to try get some sunrise shots.  This is what we came up with...

Plus a few extra, head over to Stefan's blog to check them out - http://tappednz.com/conor-macfarlane-in-gravity-components-advert/#!prettyPhoto


Stefan also caught a few clips on his Sony Action Cams and made a short edit with the footage...

Posted by Conor Macfarlane at 10:54 AM No comments:

So, Europe...  This place is awesome!  There's so much to see, so many places to ride bikes and so much fun to be had.  I started off with a few weeks in Morzine smashing out laps then went to Les Duex Alpes for Crankworks.


I won the amateur qualifier which got me into the main event which meant that had another qualifier which I missed a big trick on each run which was disappointing as was only a point or two qualifying for the finals but that's the way it goes.

After Les Duex Alpes if was back to Morzine for a week packed week of riding and photos than decided would be cool to go to Andorra and watch the World Cup.  I ended up racing and have to say it was one of my favorite tracks I have ever ridden, steep, tech, loamy and just all round fun!


After Andorra I was going to go back to Morzine but got the offer of going to Pila to hang out and watch an IXS round. On the way there we stopped on the Mediterranean coast which is an amazing place with the warmest ocean I have ever swam in.  Just be careful where you order a steak on the Mediterranean coast as it might turn out to be a meat pattie similar to a McDonald's one...  Pila was an awesome place with an amazing view and some sick DH tracks including a 13 km long track down into the town of Aosta.  Also got to witness Matt Walkers horrific crash of the final jump during his quali run (at the end of the video below).


So I'm back in Morzine now with about a week until I roady to Ireland with an old flatmate from QT to go see my cuzzies and hopefully ride the first set of DJs I've ridden since leaving NZ.
Posted by Conor Macfarlane at 8:12 AM No comments:

I luckily left good old N Zeeland a day before the snow hit for my extended summer.  I flew to London and chilled out there with some of my cousins for a few days while seeing the sights which was cool, love old architecture. 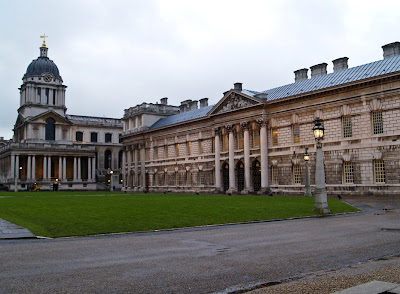 My first experience in a non English speaking country was a slight shock to the system, I knew basically no French but luckily I met the right people and managed to get to Morzine.  I ended up finding a room in Chalet Tacot which many a biker has stayed, its filled with a good bunch of people including another kiwi.  The number of kiwis in Morzine is off the hook, there has been a few times I've been walking down the street and I've bumped into some kiwis which is awesome.

I happened to bump into Russ, an old flatmate from two summers ago in Q-town, up with a photographer shooting some photos and videos for Bike Morzine which he has set up and managed to snag a few photos of my self on the new Super Morzine trail.  Stoked on banging out some unturndowns and whips on the DHR!

So far Chatel is my favorite place to ride, big jumps with consequences if you come up short which just makes them more of a rush.  Queenstown bike park take notice!  Not the consequences part necessarily but big jumps!  The mountain style course is still half covered in snow but you can tell its a lot gnarlier in the flesh than videos show, respect to all the riders which have killed it there!

You can't just rock up to all Gold FMB events and ride unfortunately so I have to go to a pre quali event next weekend so hopefully that goes well and can get into a big event over here in Europe, bring it on!
Posted by Conor Macfarlane at 10:57 AM No comments:

Another collaboration with Tim Pierce, this time enjoying some of what Arrowtown has to offer whey you are after a bit of a pedal.  I really enjoyed filming for this, just ripping up and down an awesome trail without putting my body on the line like you do in a freeride/ dirtjump edit.  The colors and sound in this one are amazing!

During the months of March to May the southern hemispheres landscape is transformed by the second season of its year. Conor Macfarlane embraces Autumn, ripping leafy, loamy, loose single track under an incredibly colourful canopy in Arrowtown, New Zealand. Supported by Teva, Discover Arrowtown and Mons Royale. Shot on the SonyFS700 and Canon 5DMKII.
Posted by Conor Macfarlane at 3:20 PM No comments:

Getting ready for Europe

I'm already missing summer, or good weather at least, so why not go over to Europe and  try to catch some more sun...

The lads at WideOpen gave me this puppy to take over and shred; race machine! 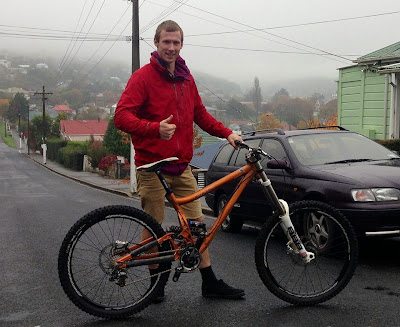 I don't do that many races but if the chance comes my way while I'm over the other side of the world I may just see how I can compare to some euros.

And on the topic of racing I entered my first enduro a week ago at Bluff hill and had a ball, so much of a ball in fact that I may just do a few more next summer.  I managed to beat Buzz, one of the Queenstown locals this summer, by a whole 3 seconds over the 3 stage race which placed me second overall behind the unbeaten Ryan Cull.  Ever since I gave up competitive xc racing 5 or 6 years ago Ryan has won every club race he has entered and it was no different at this race so hats off to him!
Posted by Conor Macfarlane at 11:43 PM No comments:

I've been pretty lazy on posting this one up but I've finally got around to it!

While Tim and I were filming the web video 'The Quiet Achiever' we shot a bunch of pics and hit Caleb over at Spoke up to see if he was interested in running a story on it.  I didn't have a clue what the story was going to be about/ like until I got the magazine but was pretty stoked on how it turned out. 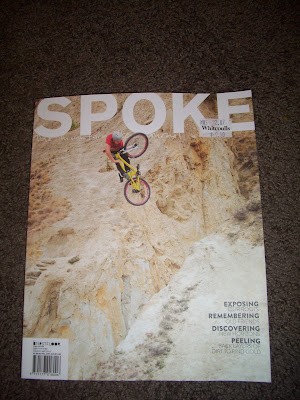 The article consists of 8 pages with a bunch of photos scattered throughout it.  It's well worth a look, the whole mag that is, so go check one out. 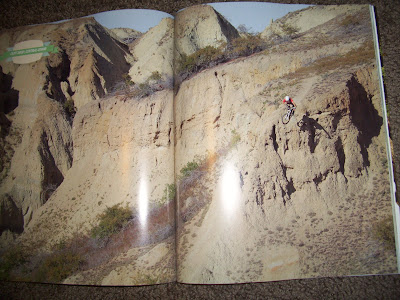 Posted by Conor Macfarlane at 12:48 AM No comments: