It’s been a week or two since I went over to Aussy for the X-up Freeride Festival and as you may know the weather didn't end up playing ball for us.

I flew out of Queenstown on Thursday, put my bike on the plane beside Mcgazzas and when we got to Sydney my bike didn't show up, and his did.  Not ideal when your whole trip is only five days long and revolving around riding your bike but it’s all part of the game.  Shorty, one of the course designers and builders, picked up us and drove us 1.5 hours north the event location.  Riding the course on Thursday arvo was out of the question for me so I just chilled and checked out the course.


After many a phone call I couldn't find anyone who knew where my bike was so decided to go back to Sydney with Jacko and a few others.  Ended up being a good choice as it ended up being around 47 degrees!  It was some sort of record I think, hottest day since 1990 or something along the lines of that, so we spent the day at the beach and I went for my first surf in four years, good times!  I used to surf almost every day before I discovered how much fun biking was so was good to do it again. 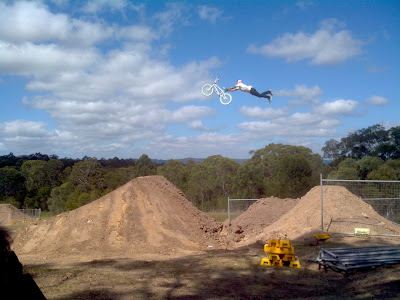 On Saturday I managed to track down my bike and get it delivered to the course, quickly built it up and did three jumps of the best whip line and then it started to hammer down with rain so had to can it.  It did end up clearing up later and managed to do two jumps then the whole course once before it got to wet to ride again. Twelve jumps for my whole time there as Sunday was a wash out and the event had to be cancelled unfortunately. 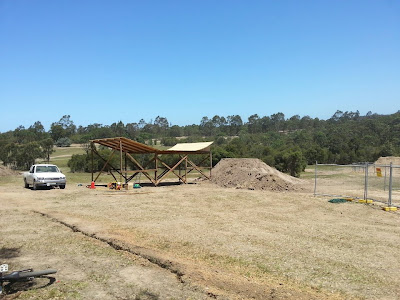 I’d like to thank all the guys who helped put the event on and to Nick for helping us out when we were there; it made it so much easier!
Posted by Conor Macfarlane at 11:30 PM