This past weekend I decided to race one of the national series which was held on a grass track built up on the Remarks on farmers land.  The track was a sick old-school grass track with very little features but plenty of pinned and drifty sections to keep it fun. 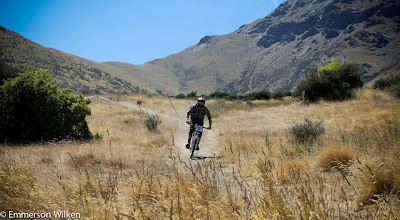 I had a great time racing and was sweet to see how my times compared to other riders but I'm not in any great hurry to race nationals again.  To serious and to much waiting around for my liking's.  I wish i did feel like racing the rest of the series though because it would have meant I wouldn't have gone up the gondola yesterday and dislocated my shoulder again!  The gondi broke down for over 30min while I was in it and when I finally got back to the bottom again it was still broken so I quickly decided to go home afew meters before the turnoff out of the bike park.  Bad move, came in abit to hot and drifted into a post which my pedal got caught on and slowly sent me over the bars.  I was at the point where almost didn't go ever the bars but ended up going over and put hand out and pop...gutted. 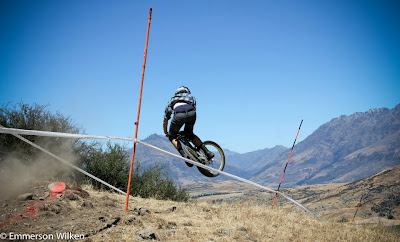 Anyway back to racing, my seeding went well doing a 2.40 which put me in 6th.  I knew I had afew seconds in the tank because I always seem to go a good few seconds faster in a race run somehow.  I ended up going 4 seconds faster and ended up in 4th about 1/4 sec back from 3rd.  I was pretty stoked to say the least. 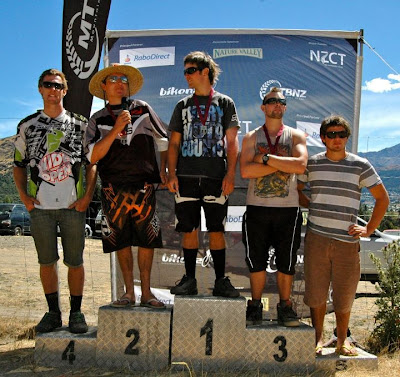 So now hopefully whenever people see me on a DH bike they wont be surprised and say that they didn't know I rode DH... I ride it almost as much as my DJ bike given the chance.

For more on the nationals hit up Dirt mag

After the DH race there was a unofficial pump track nats on the Outside Sports pump track.  Matt Walker convincingly took the win ahead of myself, Wyn Masters took best line with a huge manual around half the track and I took out last man standing, one of the funnest games out there!

Posted by Conor Macfarlane at 5:47 PM