Just got back from the sweetest trip, didn't manage to get many photos but if you head over to spokemagazine.com and wideopen.co.nz you should be able to find some videos and photos of the trip.


It started off with me almost missing my flight coz the airport shuttle decided it didn't want to come pick me up at 5.30 for some reason so had to do some frantic phone calling until found a ride.  I ended up getting there 10min before my flight left but fortunately they could still load my bike on.

I got up to Rotorua and finally met dogboy (the big cheese at wideopen) which was sweet.  Matt V who is one of the three main people at FSA was also there so got to meet him, super nice down to earth guy.  We then went to summer hill DJs which were awesome, I was super amped on the big line which were around the 20- 30foot mark but it was abit to windy and they weren't rideable at the time.


On thurs we went to Paul Langlands DJs which were sweet, it was abit windy and rainy but we managed to have a cool session.  Paul had broken his foot 4 weeks ago and decided he would hop on the bike for the first time and he killed it even though he was taking it 'easy'.  We then went back to the launch of the 2011 Wide Open stuff which was good to get an incite into what was coming.

Friday was spent at the demo day and shooting photos with Caleb.  I didn't manage to have a ride on my dream trail bike which was a pity, the turner 5spot was a huge hit and was gone most of the day.  And sat was spent filming with Pieter from aint a big deal.

I also got my TSG gear which is awesome, the helmet is stupid light and don't even notice it on your head which is cool.  I also got pads and a fullface which I will be putting through their paces over the summer. 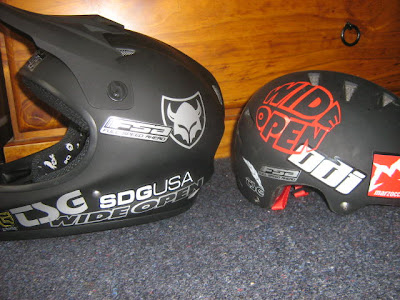 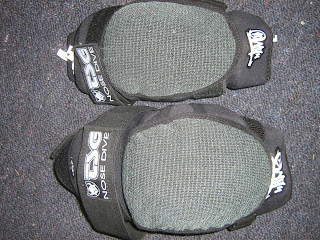 A big thanks to everyone involved for making it such a sweet trip and especially Matt at wideopen for organising everything and putting us up.

Posted by Conor Macfarlane at 2:55 PM